French horse racing operator Pari-Mutuel Urbain (PMU) announced a three-year strategic vision to grow its annual stakes by €1bn and to increase its total number of customers to 4 million. The business outlined a series of transformations for the company in the period including a “global approach” to PMU’s growth, the deployment of new technology and the development of marketing channels.

“By 2025, PMU will write a new page in its business plan,” said PMU managing director Emmanuelle Malecaze-Doublet. “Our objective of generating €1bn in additional stakes in 2025 and of having more than 4 million customers is ambitious and based on a collective spirit of conquest. During this period, PMU will develop its employer brand and its engagement policy to attract and retain talent.” 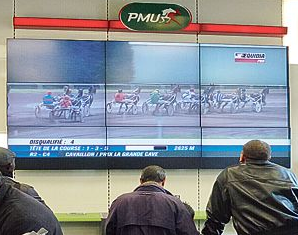 Malecaze-Doublet elaborated on the specific locus’s within the business that would a focus for transformation.

“The transformation of the company will be continued and completed over the next three years: IT, sales force and network, product offer and innovation, CSR and responsible gaming, corporate culture and values ​​are all assets that will enable us to achieve our objectives.”

The 2025 plan will involve consolidating its core target market, improving its offering for more infrequent players in all its verticals as well as attracting new consumers through innovation.

The company outlined the form of the planned innovation. The business’s “Bet spot” formula, which offers combinations of horses via the PMU algorithm, will be made more efficient and will be promoted in a way to better appeal to casual users.

The operator also committed to further developing its offering by launching at least one new equestrian product per year.

PMU additionally indicated its interest in new market segments facilitated by Web3 developments. The company will create a NFT product aimed at gaming and cryptocurrency enthusiasts. In a second phase of this rollout, the business stated it would launch “horse racing games that will allow people to live new experiences.”

The operator also stated it planned to transform its IT system with several tens of millions of euros in order to “make customer journeys more fluid,” as well as facilitate the implantation of other innovations.

“With this new strategic plan, built collectively over the past few months, our ambition is to put PMU on the path to sustainable growth, in a spirit of proactive conquest. at the service of our mission in favor of the horse racing industry,” said PMU chairman of the board Richard Viel. “All the measures and actions of the plan will make it possible to deliver a significant contribution to the benefit of the horse racing sector in 2025.”